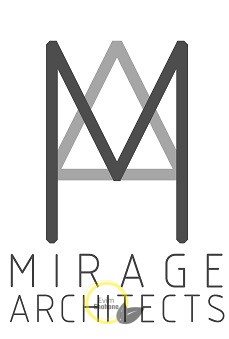 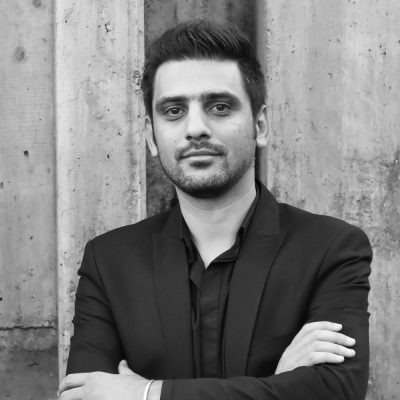 Mirage is a state of mind, creating favorable situations in unfavorable conditions. The commission of the architect in society is similar to the position of brain in the body. So in the contemporary situation of the human society, the architect is obligated to create favorable conditions. Mirage Architecture Studio founded in early 2019 by Alireza Karimi Kolor is focused on humanism sensual design and establishing a better relationship between city and people.

Despite the logic of urbanism and anti-urbanism, which in our time is the manifestation of many things, we have numerous milestones that direct towards the past and the future. These milestones are the result of the powerful effective architectural work around the environment and living conditions. Today’s architecture state has, without any doubt, more importance than ever in all of history and the value that lies in this demands more hesitation and this is nothing coincidental. As an example of the contradictions of the current era, one can find the daily advancements in technology and its ability to make most of our wishes and dreams come true, in contrast with the complexities it caused to the ways of our lives. In today’s world, technology has gradually taken up the free time one had to make it into pieces filled with important and\or unimportant tasks. These tasks require increased energy to adjust to environment which would eventually cause mental pressure. In the midst of all these we are witnessing the citizens being alienated from the natural conditions. Artificial environment whether proper or improper, is replacing such conditions. In the digital era, the “citizen” human is spending the most defined time of their life in a work space or a house. They are accepting that 20 hours or more of their daily lives is spent in this isolation. In the middle of this the architect can oppose. One might say in the past fulfilling the needs of life was easier in the architecture profession. Constant affairs, if not absolute, were at least more and relative. The understanding of aesthetics and techniques, unlike the present, would change more appropriately slow that major changes, after some generations, would be natural. Urban organizations was the result of the work of the architecture families who have poured their susceptibility, science of life and soul in one cast, gradually finding the solution with correction. According to the importance of this type of planning, we can see that the architectural problems becoming more complex and from this perspective, it is certain that the role of an architect is of the most importance and seriousness. This is where the role of a good architect and the benefits that they give their city is shown. 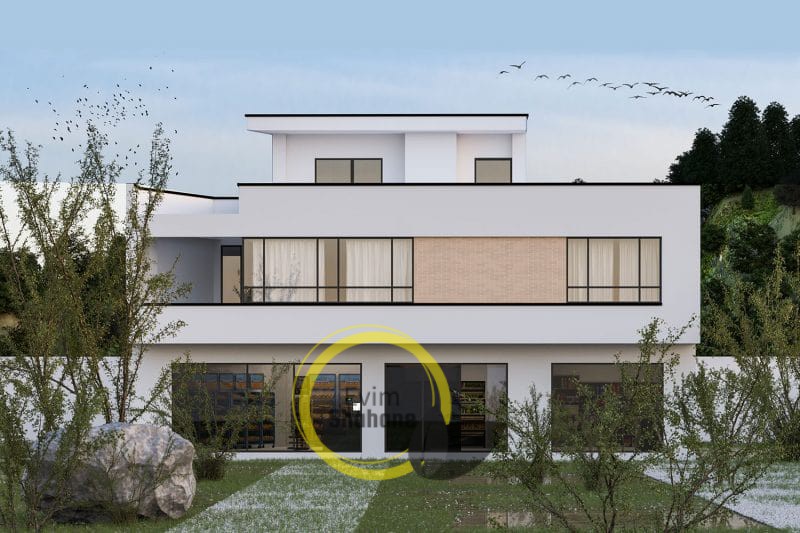 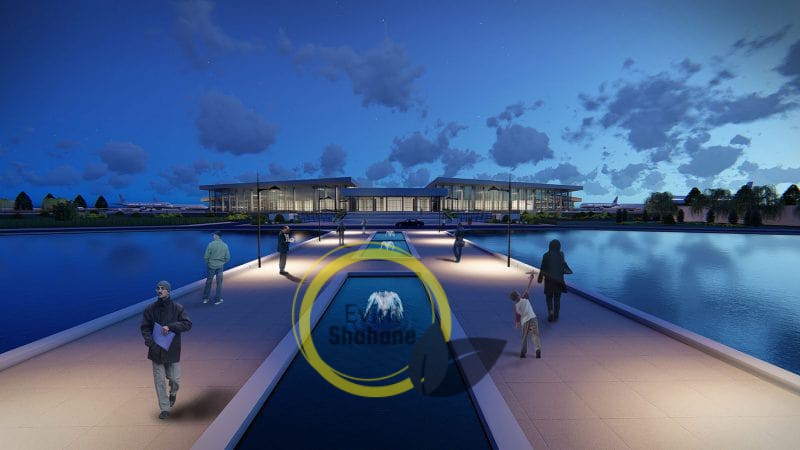 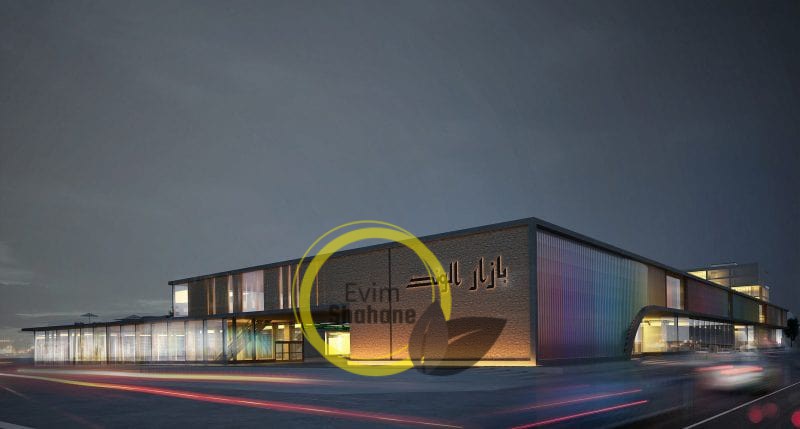 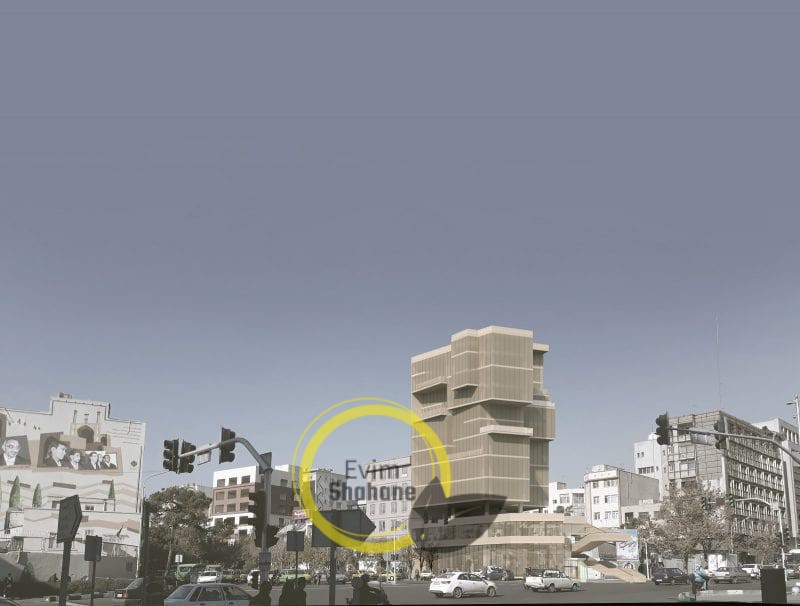 When thinking about architecture for the people, the first question that must come to mind is, for what people are we building? Because the architect should first be mindful of the cultural, social, economic and psychological needs of the human. The characteristics of people are formed according to the nature and environment in which they have resided most in. When speaking about environment as one of the critical factors that affects human behavior, one must pay attention to the fact that shaping their life in any environment other than their natural residual environment can cause anomalies and visual, social and naturally cultural turmoil. Now we want to build for those whose natural residual environment we have deprived. Distancing people from where they feel safe, lack of similarity between the identity of cities, neglecting the human’s needs and personalities, and the lack of humane design, are just some of the reasons for social anomalies and increase of crime. These anomalies are the mark of forcefully changing people’s behavioral patterns and neglecting their inner needs.

In today’s world, the metropolises are facing the formation of the immigration phenomenon and the vast disparity of cultures, and the problem of population growth more than its natural limits, which in itself, is considered a kind of shift in environment, which leads to this increase causing dangerous changes this increase can, by itself, cause dangerous changes in the formation of the behavior of the residents (stress leading to aggression). Architecture, other than economic perspective and resolving the primary needs like housing, if a field that shows beauty. One of humanity’s basic needs, that maybe fewer people pay attention to, is the need of aesthetics. Based on the belief of Abraham Maslow, the aesthetic needs, unlike physiological needs, is not communal and only some people in each culture or society feel it due to inner need of beauty and artistic experiences. But what to think for the rest of the people who live in cities with various cultures and personalities? People who have engaged our minds, are the workers who have to work for multiple shifts, nurses who would prefer to spend their leisure time resting at home, or drivers who would rather not go to parks, so they could escape bustle and huddle, and so many others like them. Can a dynamic and merry place be made for such people? How much of their privacy can even one enter? Is it not that a considerable percentage of the society is consist of such people? Let us, for a moment, compare the number of the people who live in tumultuous cities with those of them who use the enlivening environments of them. Is there any balance visible in this comparison?

Socrates believed that cities are made to supply the citizens’ joy and not to become a monster that not only causes the citizens not to gain tranquility but also have them constantly struggle with various problems. Now one would ask, shall we expand the joy of an amusement park to the city? Even if this, under conditions, was possible, does it answer all of the cultural needs of different people? Therefore, we can speak about passive joy against dynamic civic joy. Since people from different cultures and strata have similar response surrounding dynamic joy. Civic architecture experts believe that beautification in cities can cause a decrease in the amount of various tensions and numerous anomalies. Except it is also possible for the other way around. 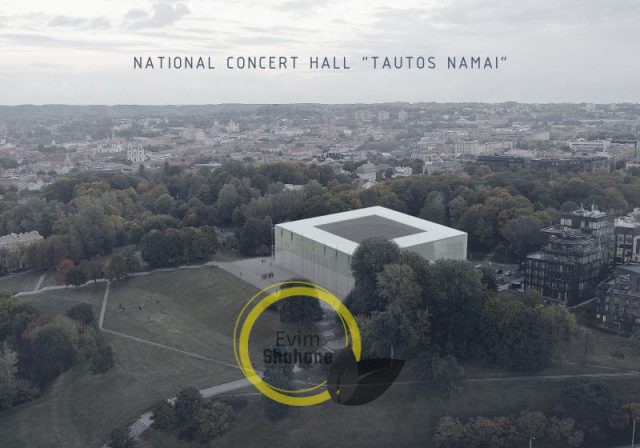 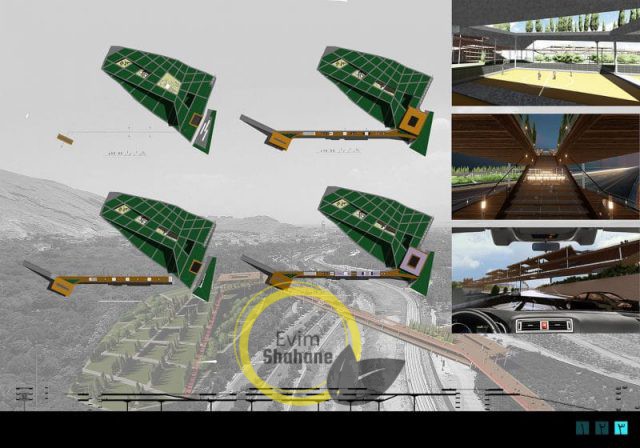 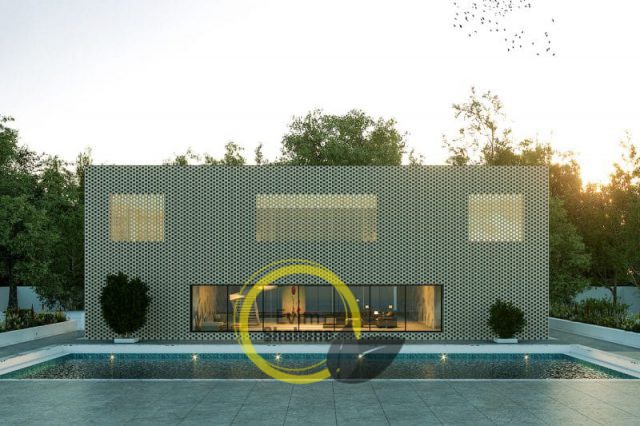 We can create a sense of belonging in line with our goals through different approaches. For example, associating people in the creation of places and building an attachment towards these places, strong enough that people would make sacrifices. Again, we get to our first example; How can an attachment be built between someone (for example, a tired worker who works in a metropolis and does not wish to use the public joyful places that the grandee have in mind) and the city? However, it will cause anxiety and has terrifying effects on the person if this attachment is not built. Minimum interaction causes parlous mental stress and there is no alternative left for the citizen to discharge this anxiety in the little social interaction they make. Intuitive design can be beneficial for the tired people who live in big cities and are forced to see abominable buildings and doll sights. When designing can influence everyone’s subconsciousness no matter their personality, race or feelings, so they can feel a sense of belonging in their city or the city they are migrating to, causing the anomalies constantly decreasing, is not only admirable, but also of the necessities of designing for people. In the past, architect’s role had a comprehensive meaning, building cities, constructing wells, carving statues, technical calculation, and designing. Then a time came that the architect’s job became limited to decorating the frontage. But now, architecture is active in aesthetics, factories, mindfully managing urban areas, adaptive arts, staging, exhibitions, and even architectural problems in outer space. However, this is not a fact. This way the design of architect is possible through the help of a group of experts which becomes, more than before, similar to directory, that to reach beauty and unity in its script, must be interfered in its details. Nowadays, more than the past, it has become clear that for a good architect to be considered good, they must be like a such director. In the current era, an architect has to be a historian, sociologist, psychologist, philosopher, and poet. 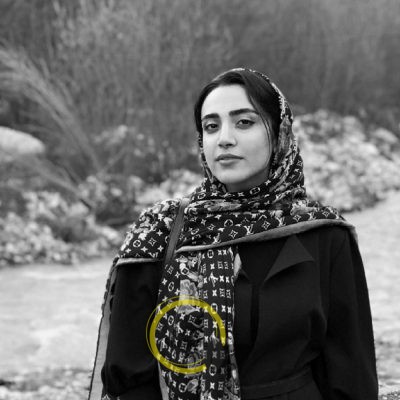 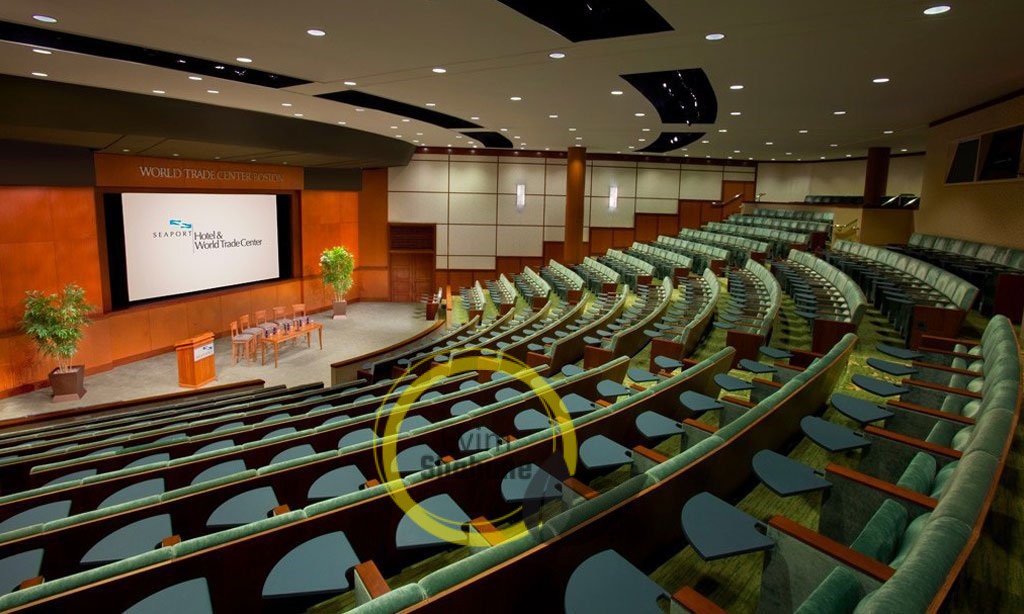 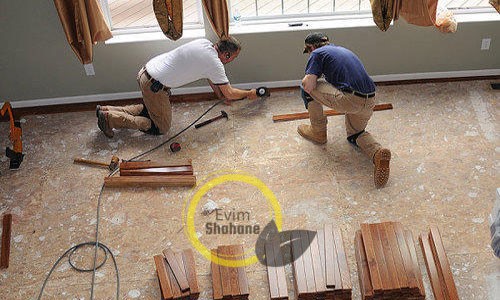 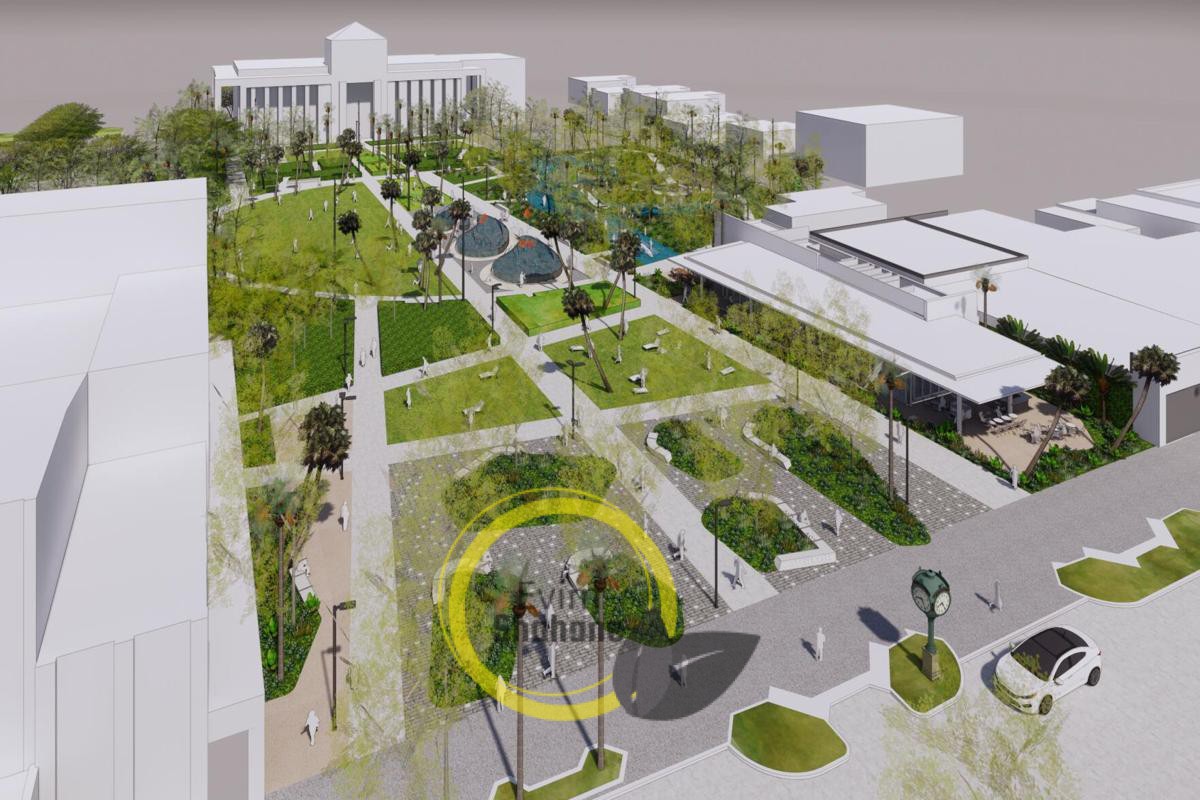 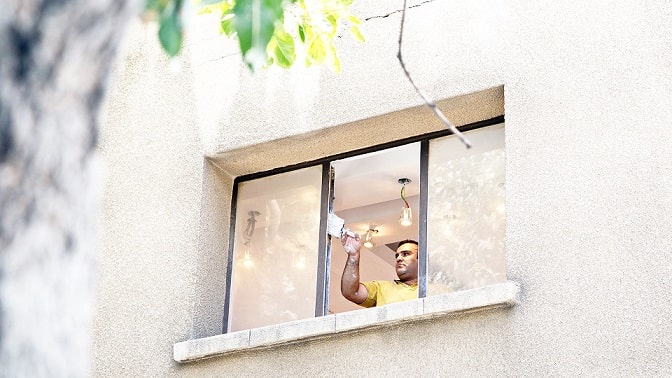 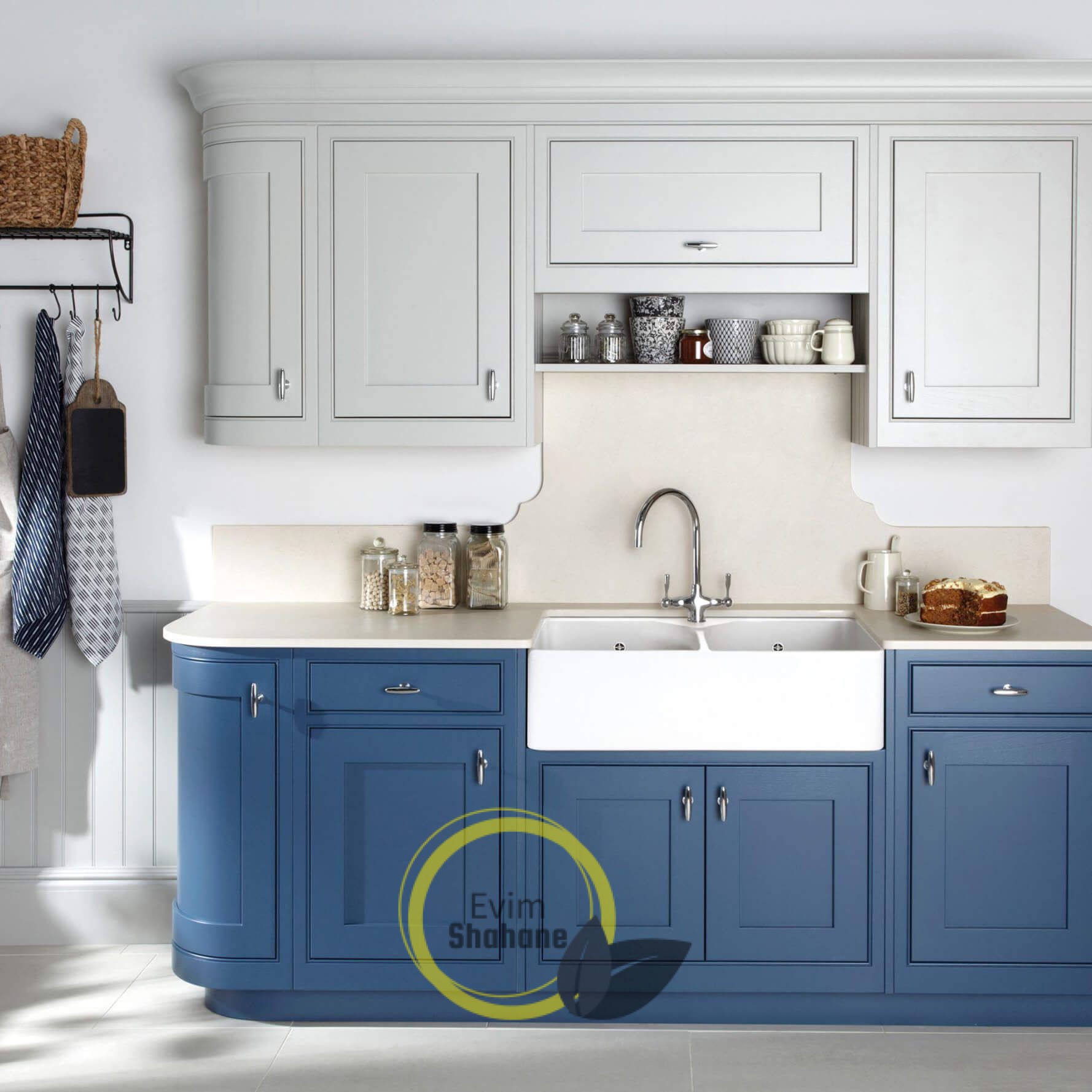